The Port of Constanza is situated on the western coast of the Black Sea, at 179 nM from the Bosphorus Strait and 85 nM from the Sulina Branch through which the Danube flows into the sea. It covers 3,926 ha of which 1,312 ha is land and the rest of 2,614 ha is water. Completion works on the southern side have already started to host new terminals in a favoured zone with high water depth.

The two breakwaters located northwards and southwards shelter the port creating the safest conditions for port activities. The present length of the North breakwater is 8,344 m and the South breakwater is 5,560 m.

With a total quay length of 29.83 km, the Port of Constantza has a present number of 145 berths, of which 119 are operational berths with depths between 2 and 19 meters. Such water basins being the deepest in the Black Sea allow the accommodation of tankers and bulk carriers of 220,000 DWT.

Located at the cross-roads of the trade routes linking the developed countries of Western Europe and the emerging markets of Central Europe with the suppliers of raw materials from the CIS, Central Asia and Transcaucasus, the Port of Constantza is the main Romanian port and the largest port in the Black Sea.

It has a geo strategically position being located on the route of two Pan-European Transport Corridors: river Corridor VII (Danube) and rail-road Corridor IV.

In the southern part of Constantza Port there is a river-maritime sector, which allows the accommodation of maritime vessels and river vessels as well. The two satellite ports Midia and Mangalia are located close to the port of Constantza and perform a vital function in the overall port framework. 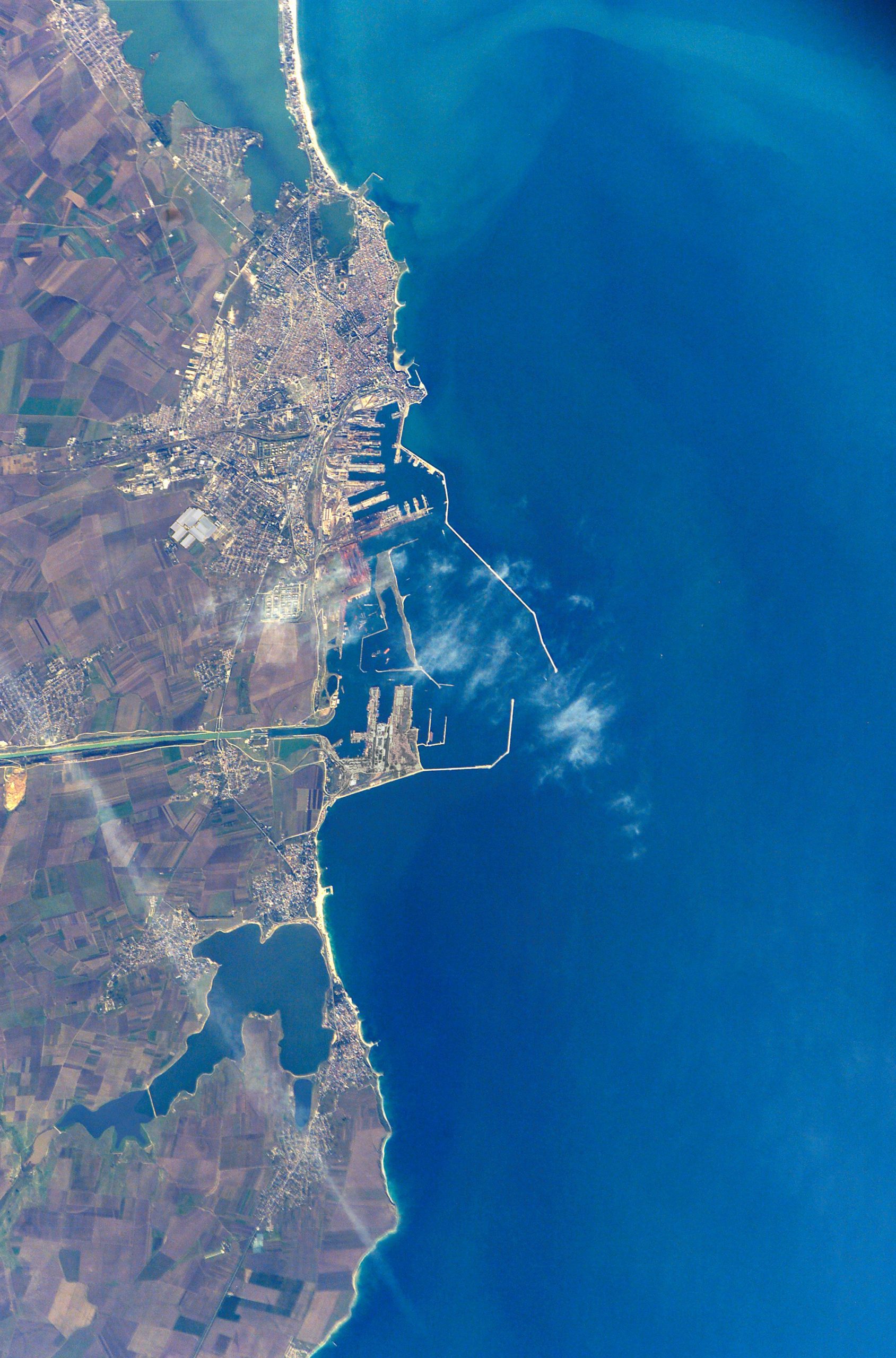 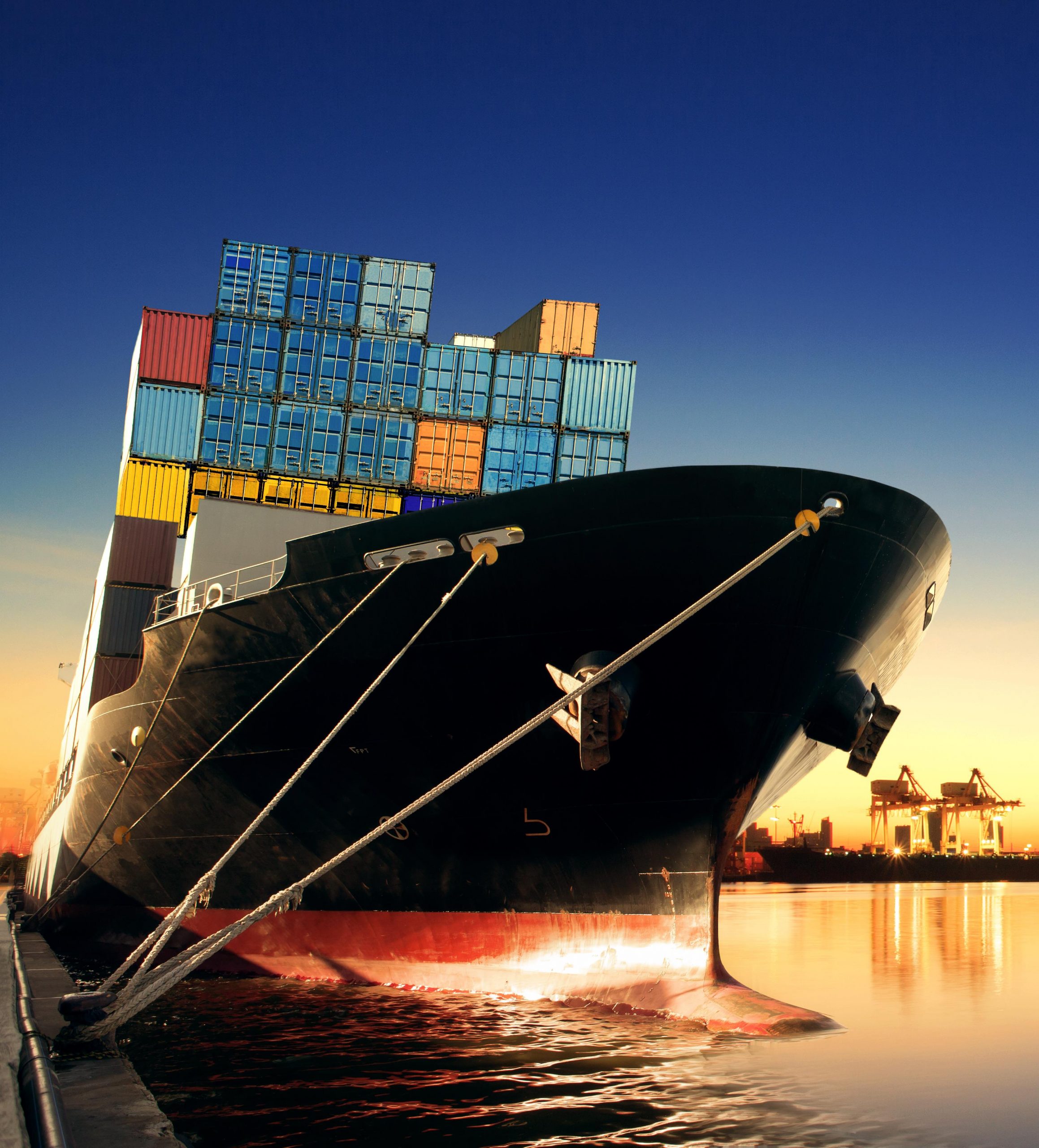 The Port of Constantza offers a lot of advantages, among which, the most important are:

The network of motorways, railways, waterways and pipelines turn the port of Constantza into the ideal multimodal transport center for any type of cargo bound for various destinations. Millions of tons of cargo moving annually through Constantza are carried from or to hinterland markets and end-consumers.

Fast, reliable and efficient transportation of goods is rendered at European standards on the eastward-westward commercial 20 axis. Port infrastructure is connected to the Pan-European Transport Corridors defined at the Pan-European Transport Conference in Helsinki in 1997 and supported by the EU: river Corridor no. VII and railroad Corridor no. IV as well as the “TRACECA” Corridor.

We believe that we are long-term partners and are dedicated to our goal of providing safe, efficient and professional services for the benefit of our customers.

Do you need a customized solution?

Please send us a message and we will make an offer for your special project.

How can we help?

Get a customized solution ▲

MGS acquired set of skills in many years of experience which is of paramount importance for our offering to clients.

Back to top
We use cookies on our website to give you the most relevant experience by remembering your preferences and repeat visits. By clicking “Accept All”, you consent to the use of ALL the cookies. However, you may visit "Cookie Settings" to provide a controlled consent.
Cookie SettingsAccept All
Manage consent

This website uses cookies to improve your experience while you navigate through the website. Out of these, the cookies that are categorized as necessary are stored on your browser as they are essential for the working of basic functionalities of the website. We also use third-party cookies that help us analyze and understand how you use this website. These cookies will be stored in your browser only with your consent. You also have the option to opt-out of these cookies. But opting out of some of these cookies may affect your browsing experience.
Necessary Always Enabled
Necessary cookies are absolutely essential for the website to function properly. These cookies ensure basic functionalities and security features of the website, anonymously.
Functional
Functional cookies help to perform certain functionalities like sharing the content of the website on social media platforms, collect feedbacks, and other third-party features.
Performance
Performance cookies are used to understand and analyze the key performance indexes of the website which helps in delivering a better user experience for the visitors.
Analytics
Analytical cookies are used to understand how visitors interact with the website. These cookies help provide information on metrics the number of visitors, bounce rate, traffic source, etc.
Advertisement
Advertisement cookies are used to provide visitors with relevant ads and marketing campaigns. These cookies track visitors across websites and collect information to provide customized ads.
Others
Other uncategorized cookies are those that are being analyzed and have not been classified into a category as yet.
SAVE & ACCEPT